“The Greylock Employee Community Giveback Program had a very successful second year with Greylock employees raising funds to help three food pantries from around Berkshire County,” said Emily Stanford, Teller Supervisor and GECGP Chair. “Our theme for 2018 was ‘Feeding the Berkshires.’ The Soldier On Food Pantry, People’s Pantry and The Food Bank of Western Mass each received $1,360 to continue their amazing work helping out the community. We are truly happy to support them.”

The GECGP event is the most recent expression of Greylock’s support for local food pantries. Last May, each Greylock branch collected food and non-perishable donations from members and employees for a pantry of each branch’s choice. 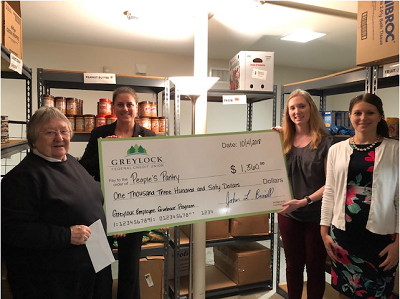 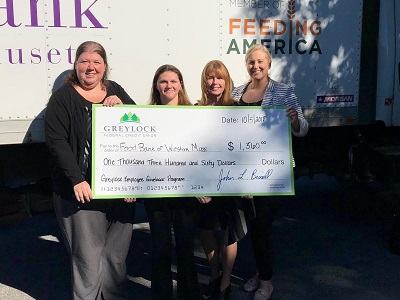